The default apps in Windows 10 are not necessarily the best.

For example Windows 10 photo app is slow to open even after the 1903 update.

It is annoying when you click some image. The problems don’t end there.

When you open this app, it has lot of menu items, making it confusing for the simple reader.

Windows 10 apps are notorious of not performing and integrating well with their features.

In Windows 7, Windows Photo Viewer was quick to open and reduce the time to load images.

Since Windows 10 apps are developed on UWP (Universal Windows Platform) framework, they don’t sync well with traditional programs and requirements.

The good thing about the Photos app is that you can see all photos from PC, phone and other devices in one place.

It has its inherent advantages in the modern day PC computing.

The following methods will help to fix Windows 10 Photos App Slowing Down.

As we know with long term usage of any app, lot of cache, memory and junk gets attached to it.

These are the major updates. There can be minor changes when other apps are installed and conflicts can happen with time.

Due to all the above reasons, you can repair and reset the Photos app to resolve slow to open problem. The following steps will do. 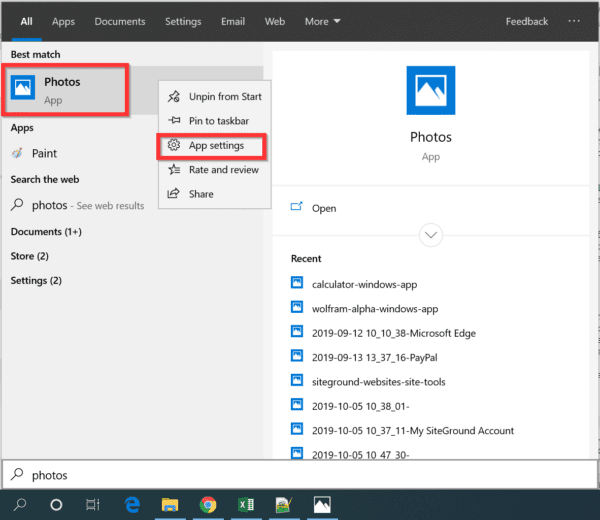 1. Press the Win key and type “Photos”.
2. Right-click on the app and click on “App Settings”.
3. There are different options like 1. Terminate 2. Repair 3. Reset
4. End the app process in Task Manager and try “Repair”.
5. If it doesn’t work out, you can try the “Reset” option.
6. This will reinstall the app and revert to it default settings.

Note: Your documents will not be affected. I can find another app listed on this page. This is called “Photos.DLC.MediaEngine”. You can uninstall this and check if your Photos app is not slowing down and load images quickly. 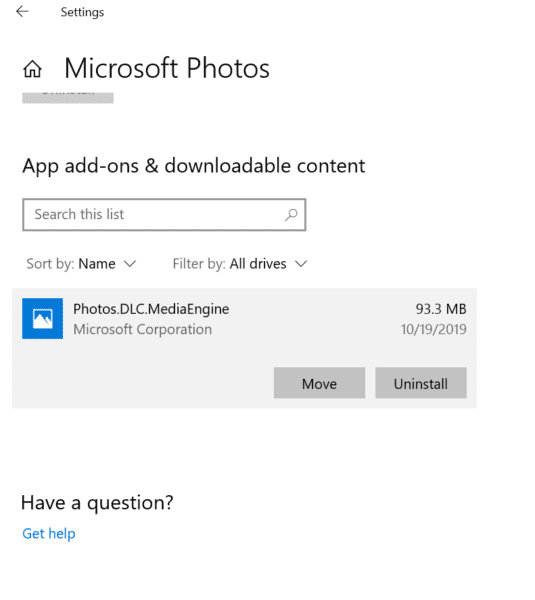 Method #2: Use a better Hardware Configuration.

It is not only the Photos app, but your whole Windows 10 PC or laptop is slowing down. This can have different reasons. It can be due to bad RAM, hard-disk or slow CPU.

In order to improve the performance of all apps and prevent Photos app from slowing down, you can upgrade your hardware.

This can be better RAM, CPU, GPU, hard-disk. But if you are on a tight budget then you can go for a SSD (Solid State Drive).

Due to changes in intellectual rights and policies, Microsoft now allows different browsers and apps to be the default ones.

For example, I am using the Faststone Image Viewer (freeware) as my default app. This opens your images more quickly and edit them robustly. 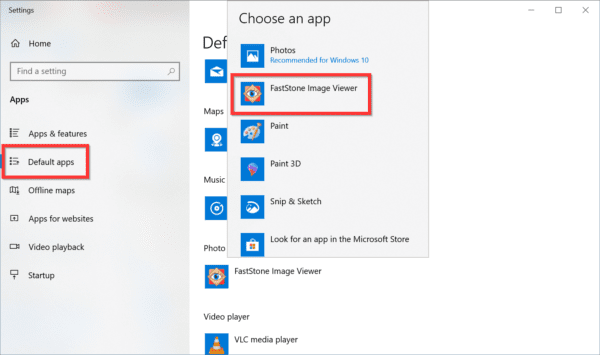 As we said earlier, Microsoft is trying to transform most of the Windows 10 tools, programs, software into modern or UWP apps. For this reason, Windows Photo Viewer is hidden in Windows 10. You can restore it using registry changes.

For simplicity sake, the .reg file is uploaded as a .zip file.

If you want to associate more files with this app, you can right-click any file and use the “Open With” dialog. If you get any error during execution of the .reg file, ignore them and proceed.