You are here: Home / Windows 10 / How SSD can Improve Boot Time in Windows 10 and Windows 7

In today’s PC World, the question is SSD vs HDD boot time. 10 years back, people were not aware of the benefits of SSD. Also the price difference between a HDD and SSD was too high.

In 2019, OEM manufacturers of both PC and laptop have included SSD as an OS booting device. HDD serves the purpose of a storage device. In this way you can optimize both speed and price.

Even today, a 1TB SSD costs 10-15 times more than a HDD. But you can get a 256GB SSD for below $50. Most people who intend to improve their PC or laptop performance think of upgrading their CPU or RAM. But the new thought in 2019, is to use a SSD to improve efficiency and performance of your Windows 10 and 7 computers.

Since Windows 10 takes a maximum of 40GB storage for its system, program, desktop, personalization etc files and folders, a 120GB SSD disk is enough to save costs. This will not only improve boot times, but also program and apps performance.

In the below case-study, we will see the results of my tests conducted using SSD disks. A legacy computer configuration with Intel Core 2 Duo processor and 8GB DDR3 RAM and NVIDIA GeForce 210 graphics card were used.

You will be astonished at the results. If you want to find out how much time it takes to boot up in Windows 10 and Windows 7, keep reading on.

Note: If the boot results with Core 2 Duo CPU are so blazing fast, then you can imagine how your computer will boot up using 8th or 9th generation i3, i5, i7 processors.

I used the BootRacer from Greatis Software to test the boot times. The latest version of 7.70 was used in the test for both Windows 7 and Win 10 versions.

Related :  Look at the Important Windows 10 1809 features - Issues yet to be Resolved

This tiny software is very easy to install. You just have to click a few buttons to know the boot time. There are two options. 1. Full boot time 2. Clean boot time.

Once you click the “New Test” button, the computer will restart and will measure the boot time from BIOS start up. There are 4 stages in boot process according to BootRacer software.

Primarily (2) and (4) are considered in calculation of boot time. The other options are neglected. Windows Boot is the time taken to load system resources, drivers, services, logon display etc. Desktop is the boot time required for startup programs, preparing desktop etc. 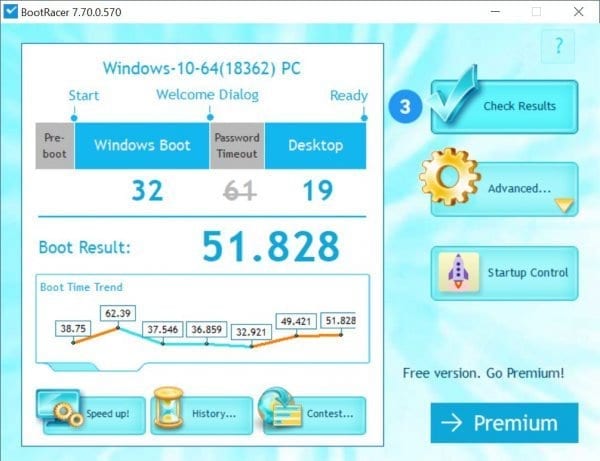 The latest OS Build of 18362.239 was used to test the boot times. Several iterations were done to test the efficiecy of SSD. As an average Windows 10 took only 35 seconds to boot from BIOS start up.

This is far quicker than using a HDD. Earlier I installed Windows 10 on a 74GB Seagate ST380211AS ATA Device. The boot time was 3-5 minutes.

I disabled all the startup programs except Greenshot, OneDrive, Windows Security. But the amount of time required to initialize the desktop was more than 5 minutes, when using a HDD. 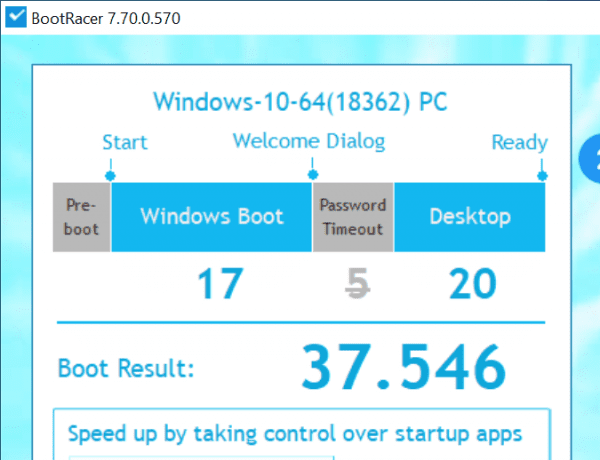 In another check, the 1809 version booted up more quickly than 1903 version, using a SSD. Though I could not check the boot times using HDD and 1809 version, it is clear that SSD with October 2018 update had the fastest boot time.

Also, the start up programs were quick to initialize, after using a SSD.

The latest OS Build of 7601 was used to check the boot time using a SSD. Service Pack 1 was installed. As of July 2019, all the KB updates were installed. 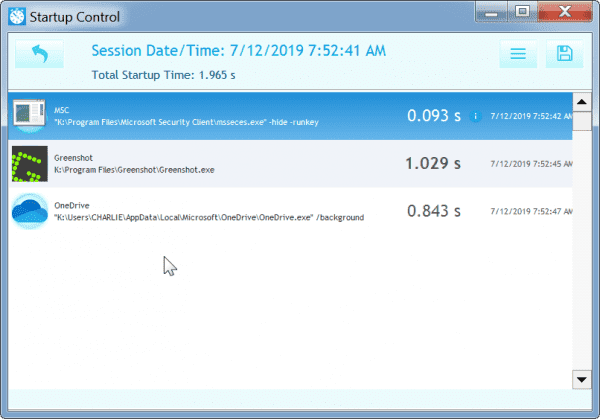 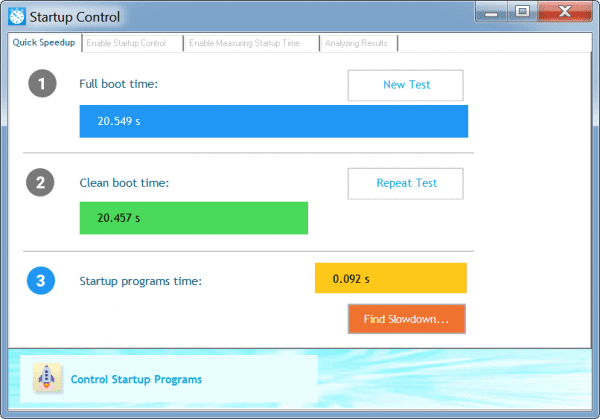 Im my experience, I observed drastic improvement in boot times after using SSD in both Windows 7 and Windows 10.

I used 64 bit versions for both.

My old Phenom II X6 1045T system, with standard SATA Samsung 860 EVO went from a minute or two boot time on HDD to like 10 seconds boot time on SSD.

My new HP bargain basement laptop that I upgraded with an HP EX920 NVMe SSD (NVMe/PCIe is much faster than SATA) is now basically instant-on (under 3 seconds to boot). Prior it was probably 30 seconds to a minute with the cheap 5400 RPM HDD it came standard with.

Related :  Fix "You're Offline. Check your Connection. Windows 10" and Errors on YouTube

Though slight improvement was observed in Windows 7 boot times in the SSD vs HDD comparison, further program operations were quick enough after using SSD.

The major boot time improvement can be seen in Windows 10 after using a SSD. As mentioned before, the boot times have come down from 3 minutes to 35s, with HDD and SSD respectively.

Another interesting fact, was that, Windows 7 booted up more quickly than Windows 10. I used the same computer configuration for both the OS, except that Windows 7 was installed on a 120GB SSD and Windows 10 on 250GB SSD.

I used Western Digital SSD for installing both Windows 10 and 7. The models were also the same, except the capacity.

It can be said that using an SSD and Windows 7 will quickly boot up your computer in 2019. But as we know that its support is ending Jan 2020, so Microsoft is deliberate on pushing Windows 10 as an upgrade.

But not to worry!

Even Windows 10 on a SSD was quick enough. Though the difference was only 10 to 15s in boot times, the desktop, drivers, programs, services etc were quick to initialize compared to using an HDD.