You are here: Home / Review / [Review] Kingston A400 and Crucial MX500 – Benchmark Comparison

In 2019, PCs and laptop manufacturer brands like Dell, Lenovo, ThinkPad, Acer have made sure to include SSD (Solid-state drive) as an OS drive. Kingston A400 and Crucial MX500 are two SSDs that have good performance in sequential and random read/write speeds.

You could get a smaller 120GB SSD with Kingston. The maximum capacity is 960GB. You can get both M.2.2280 and SATA 3 variants. Using Crucial you can get a minimum of 250GB and a maximum of 2TB SSD. 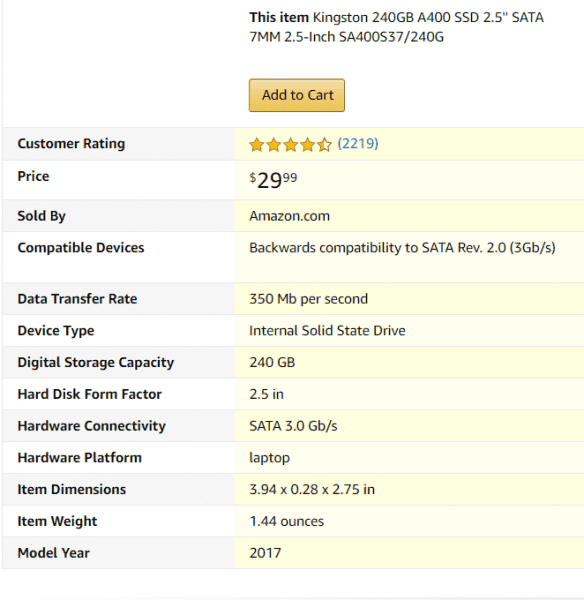 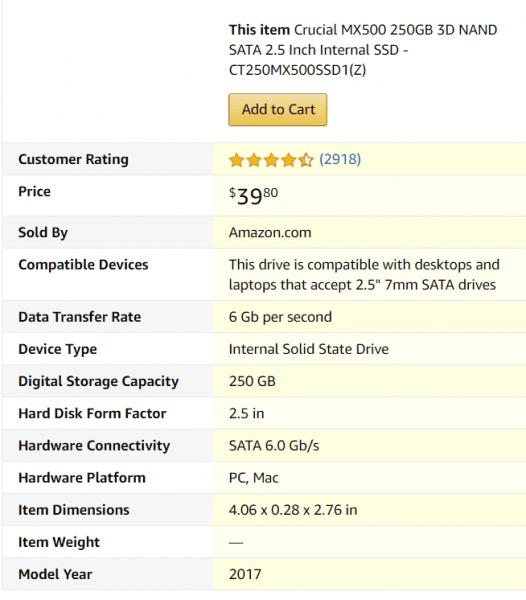 The 120GB Kingston A400 performs 10x times better than a common hard-drive.

Though it performs the best using a SATA III (6Gb/s) cable, it is reverse compatible with SATA II (2Gb/s) and SATA 1.5 (1.5Gb/s) motherboard slots.

The below image are benchmarks taken with CrystalDiskMark 5.2.1 on a 64 bit OS, using SATA 2 slot. 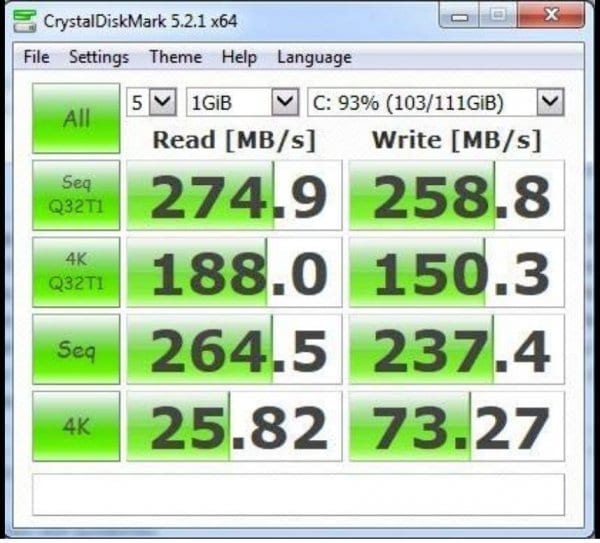 Ideal for desktops and notebooks. It has a 7mm form factor to wider array of systems.

As you can see the expected read/write speeds are less than using a SATA 3 interface. The maximum speed of the SSD will be reduced when using SATA 1 AND II ports, due to lower speed limitations of the port.

The difference between HDD and SSD can be seen in the image below. The read/write speeds almost doubled, even with a SATA 2 interface slot.

Because most of our computers are at least three years old, the hardware only supports SATA II, so we’re not seeing the huge improvement in speed that we might if we were going from HDDs to upper-limit SATA III speeds, but regardless, speeds have more than doubled in the four computers I’ve swapped these into so far, and users are seeing improvements, particularly in startup speeds for the computer (from more than 3 minutes down to 30 seconds) and for individual programs.

The speed benchmarks almost doubled using 6 gbps version. You can get the maximum performance using this interface cable, as it is optimized for this kind of specification. 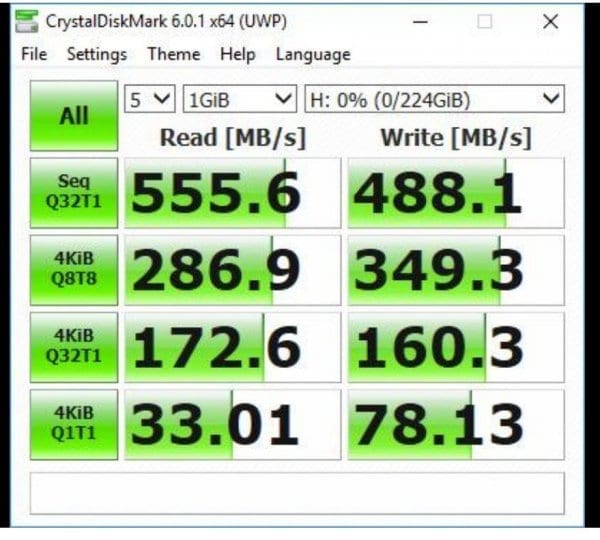 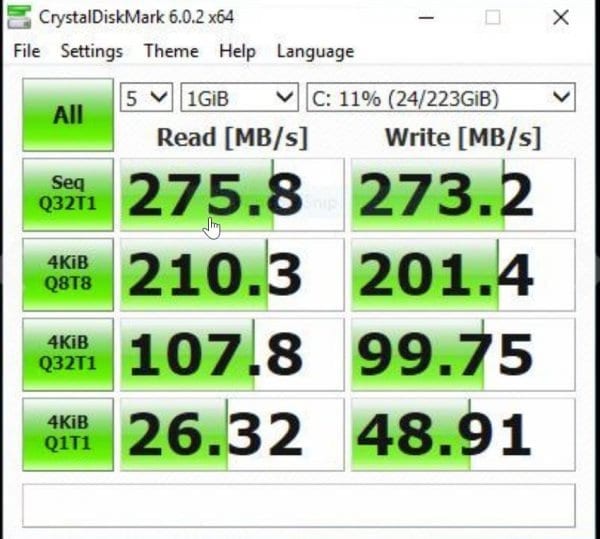 Using an i3 processor PC, the difference in benchmarks using HDD and SSD can be seen. The read/write 4KiB benchmarks have improved 30 times. The sequential read/write speeds were 2 to 3 times that of a hard disk.

Frequent Q&A with Kingston A400 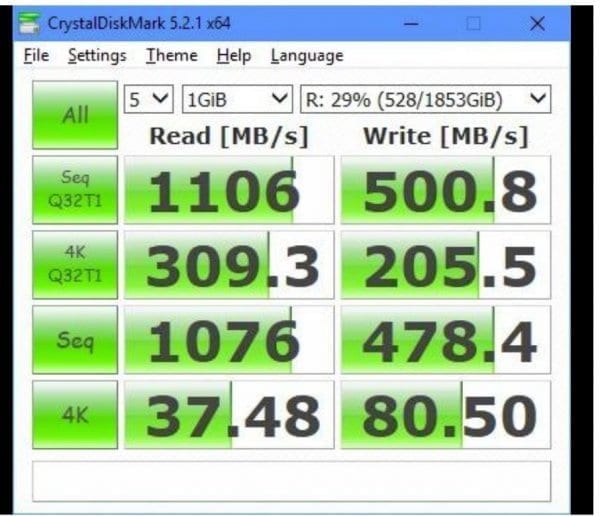 Flash memory is the type of memory used in SD cards, SSDs, smartphone etc. These work by using series of floating gate transistors which can be changed to “0” or “1”. These memory blocks are arranged in a 2D layout.

As technology improved, more memory blocks could be fit onto a single die. This increased the capacity of flash memory.

3D NAND technology stacks up memory cells in vertical layers to increase storage density. There will be 32 layers. This increases the amount of data that can be stored in one die. Also the interference between the cells is reduced. It can use both SLC (single level cell) and MLC (multi level cell) technology.

But the con with 3D NAND technology compared to 2D NAND is that it requires incredible level of precision to produce this hardware. 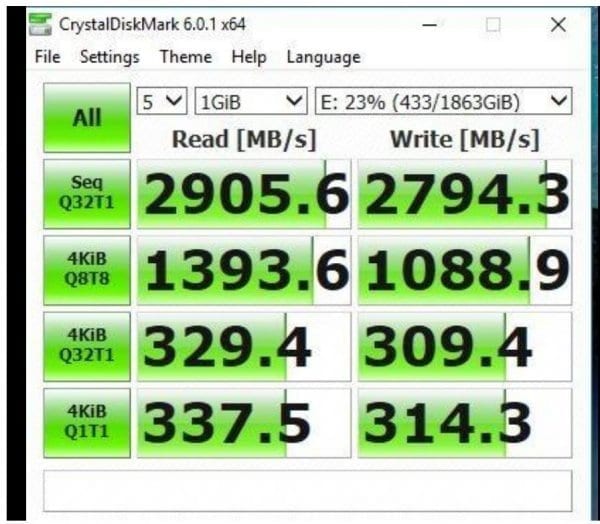 Both Kingston A400 and Crucial MX500 are released in the year 2017. So it has been only 2 years and both are available for below $50 for 250GB SSD. The speed benchmarks favor Crucial MX500 due to its new technology and cache features.

But the amount of market share Kingston A400 commends almost 4 times that of Crucial MX500. You can always buy a smaller SSD if you are on a budget. In the 240GB version also, it costs $10 less than Crucial MX500.

But it provides free cloning software and caching abilities with more robust speeds. In this context, if you are looking for speed, fast boot time, quick program responsiveness than I recommend using Crucial MX500.