The new M Series smartphone from Samsung has long battery life coupled with colourful display. In the budget of Rs 9999, this phone has both 32GB/64GB ROM with a microSD slot.

Both slots support 4G VOLTE, in addition to the external storage. This phone was released in Feb 2019 which can be updated to Android 9.0.

Samsung Galaxy M20 has given tough competition to Xiaomi and other Chinese smartphones like RealMe, Oppo, Vivo etc.

The uno number one position occupied by Samsung in the mobile market was taken over Xiaomi in the last few years. To surpass this competition, Samsung has released these budget phones.

The features available in Samsung M20 are no less than premium mobiles. 3GB RAM is quite useful. I personally experienced clear-cut images with sharp brightness. Out of 32GB space, around 20GB space is available for installing apps.

The following 10 crazy features of Galaxy M20 applicable to 2020 are listed below. 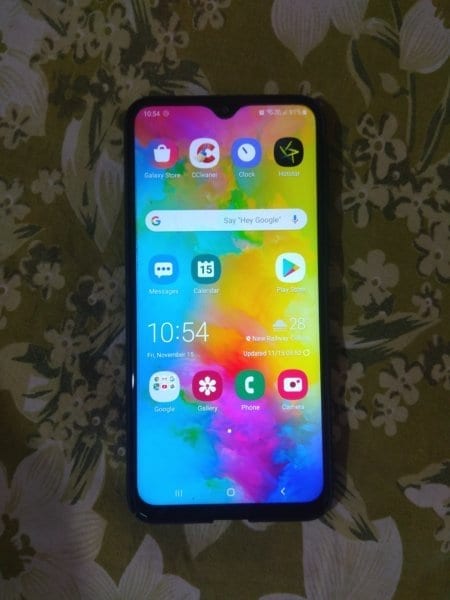 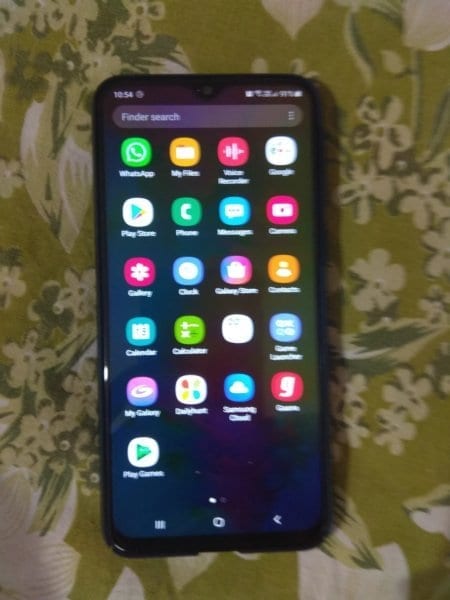 When you have a resolution of 1920 x 1080 pixels, it is called Full High Definition Resolution. It indicates how many pixels a display has in length x width format.

If you have more resolution, better is the screen clarity. FHDs are also referred by 1080p. Pixel is the basic unit of software color on a mobile display or in screen visual. It is the minute area of illumination on a display screen.

Bezel is like a frame around the photograph. It is the area of display that surrounds the screen. If you have 1 inch of bezel, the mobile screen is surrounded by one inch of plastic or metal.

A bezel-less phone with with 18.5:9 aspect ratio gives more space to write lists, and see more content of your social feed. In landscape mode, it makes viewing of TV shows, games, and movies more interesting.

What is Infinity V Display

Infinity Display forms a curvy back and gives a symmetrical shape to the phone. It has high screen-to-body ratio. This makes you feel as if you are holding a continuous single display. You can extend your display. The mobile screen can be extended to any devices like Smart TV, Projector Screen etc without losing the screen resolution. 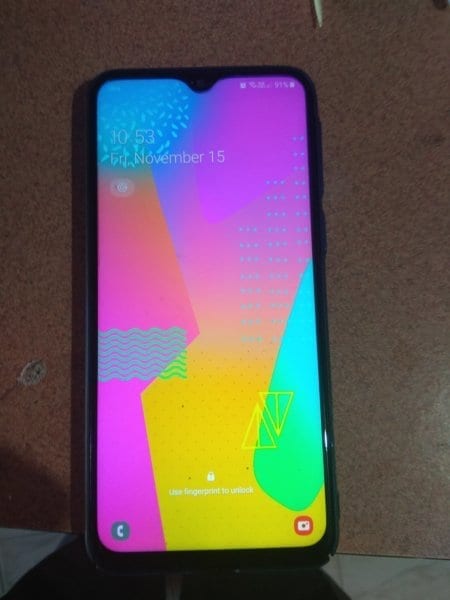 The common way to measure battery capacity is mAh. It stands for milliampere per hour. Nick Mediati Lithium ion batteries power almost every mobile device. A 5000 mAh is a high rated capacity battery.  The battery is so designed that it can quickly recharge 3 times faster than other smart phones.

With this long battery life, you can do the following.

This is built on 14nm FinFET manufacturing processor. nm process  is the least distance between the transistors of the CPU.

The lithography figures tell you how tightly the transistors are packed inside your processor. In this way, more energy is saved.

FinFET stands for Fin Field Transistor. It is a type of “3D” transistor. This is a multi-gate transistor, which incorporates more than one gate to a single device.

These are two high performance cores and six efficiency cores. It keeps the power consumption low.

The two Cortex A73 cores are clocked at 1.8GHz and six Cortex A53 cores at 1.6Ghz. The chipset also supports triple cameras and FHD+ display. It can support up to 32mp single camera sensor.

The third camera can support for Ultra Wide shorts and panorama. It can support wide memory bandwidth of up to 14.8Gbps. 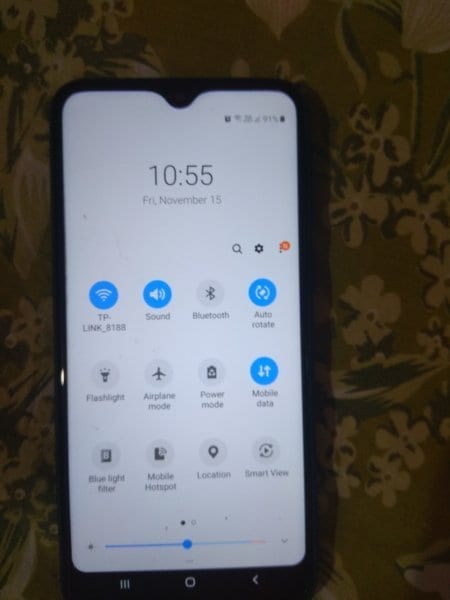 The ARM Mali-G71 is an integrated entry-level graphics adapter for RAM SoCs. It is the first to implement the Bifrost architecture. It has 850Mhz GPU clock speed, 11.2 version of Direct X, 16nm process size, OpenCL 2.0 version, supports 4K resolution and has FMA4.

This allows mobile phones to have dual sim slots and both of them connect to 4G LTE networks. The non-data sim card if any in the dual sim slot falls back to 3G or 2G network.

You can have HD calls from both the sims, if the data plans are supported by the mobile network. This limitation was first removed by MediaTek processors.

The phone supports internal storage of 64GB/32GB. You can extend this storage using dedicated expandable memory slot up to 512GB.

The Live Focus feature allows mobile camera to capture the person or object, and the background separately. This will let you focus on the subject and make the object background as out-of-focus.

The background effect can be blurred and other kind of visual effects can be applied.

A F1.9 lens will let you have a wide aperture with faster lens. This will isolate the subject from the background on close-up shots. You can get best shots in low lights with F1.9 apertures and great portraits with live focus feature.

5MP/120 degree Ultra Wide Angle will let you have a field view significantly wider than that of the human eye. It’s got wider view than the normal lens. 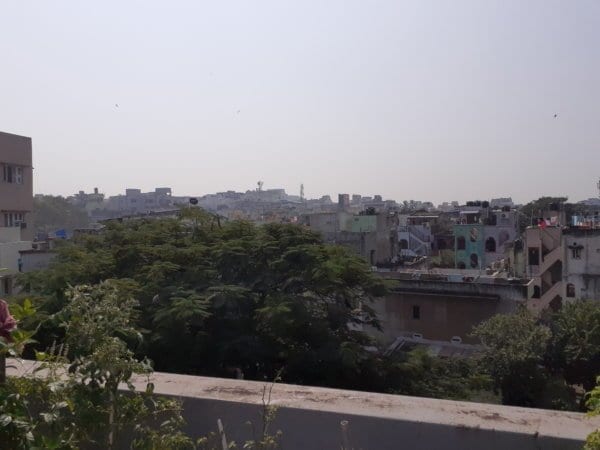 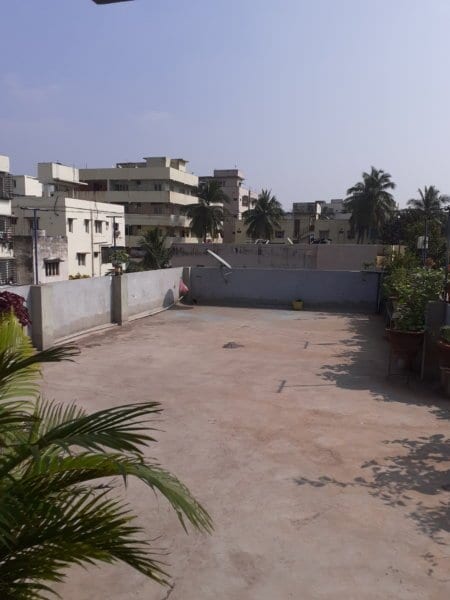 This is useful to take selfies and post on your social feed.

The Widevine L1 Certification is a leading encryption scheme for protecting playback on video on any mobile device. This protects content when transferred over the Internet.

Dolby ATMOS 360° surround sound helps to listen to clear-cut and perfect sound when connected to headphones or any other home theatre device.

The above sensors help you unlock your phone through different modes like face and finger-print.

This is a security mechanism and authentication method to prevent fraudulent users from taking control of your private and confidential data on the mobile phone.

But finger-print authentication is better than face unlock. In addition to that if you have a PIN, it will provide more security.

This biometric authentication lets you easily unlock your phone with just your face or fingerprint.

The Galaxy M20 is designed to be a perfect fit not just for your hands, but also for your style. Pick any one from the stylish Charcoal Black or Ocean Blue colour.

The Galaxy M20 runs on a new UX that’s crafted for those who take the fast lane. Experience of a smoother and faster UX, optimised for the Galaxy M Series.

This is a software provided by Samsung for its Galaxy devices to provide a better Android “launcher”. It comes with a simple screen layout, neatly arranged icons, as well as Home and Apps screens.

It was introduced in late 2016. You can have faster response time and install a second copy of messenger account.

Faster search results from Contacts, My Settings, My Files, Messages, and Email shown in cards. Manage notifications for each app with notification categories.

It supports the following video and audio formats.

The following mobile networks are supported.

The following healthcare fitness hardware and apps are supported.

Smart Sensors – Contains a Digital Motion Processor (DMP). Takes input from the physical environment and uses built-in computer resources to perform predefined functions. On detection of specific input it processes the data and passes it on.

Accelerometer – An electromechanical device to measure acceleration forces. In mobile devices, dynamic to sense movement or vibrations can be identified.

Useful to show ambient display or when we lift up phone to show the notifications. Used by speed triggered apps like fitness trackers. Tell which way the handset is pointing.

Fingerprint Sensor –This is a type of security mechanism that uses fingerprints for biometric authentication. It generates the image of ridges and valleys that make up a fingerprint. They use electric current to sense the print.

Gyro Sensor – Also known as angular rate sensors. These sense angular velocity. These detect the orientation of the phone. This is useful to watch 360 degree photos or videos. It can be used in racing games to sense the tilt when you apply small turns. It can detect orientation.

Geomagnetic Sensor – Measure the Earth’s magnetic field to provide absolute reference and heading. The physical location of the device can be determined in the world’s frame of reference.

Proximity Sensor – Make an incoming call and put phone near the ear, the screen goes off. Picture comes in when we put the phone in auto-brightness mode. We can move the phone left/right to change songs. Airplay and Aircall kind of apps use this feature.