You can get the latest updates about Windows 10 using the “Insider Preview” program of Microsoft. Slow and Fast ring options are two ways of getting these new builds. By this May, the number of total devices (tablets, PCs, phones) using Windows 10 have risen to 300 million. The market share of Windows 10 has also risen to 15%, only second to Windows 7.

The trends of Windows 10 also have had an impact on mobile sales. According to NetMarketShare, a leading analyst company, the Windows Phone platform sales went up from 2.5% to 4%. The change could be attributed to the free discounts offered by Microsoft in the last few months. 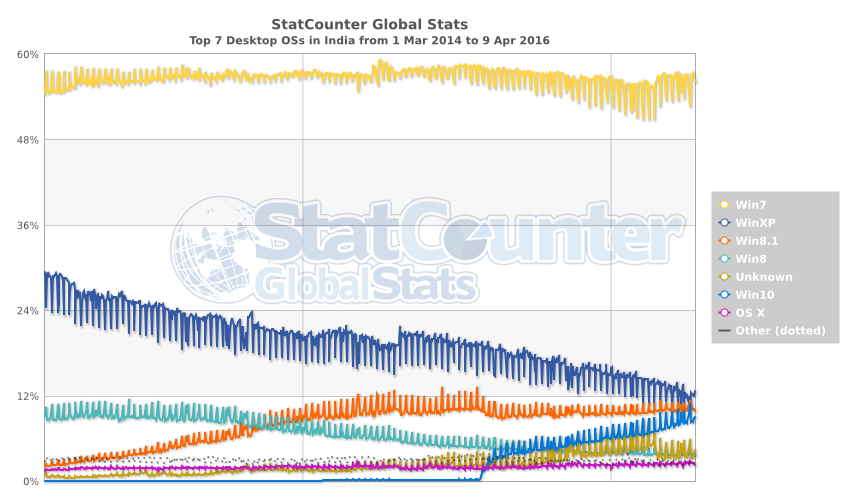 The same stats when seen for the demographic of United States of America, is little different. An interesting swing that can be observed is that Windows 10 is dominating over the usage of Mac OS X. It can be seen that 23% of Desktop users in USA are using Windows 10, while around 30% of are still using Windows 7.

Related :  How to Troubleshoot Windows 10 Problems in Fall Creators Update (1709) and Early ? 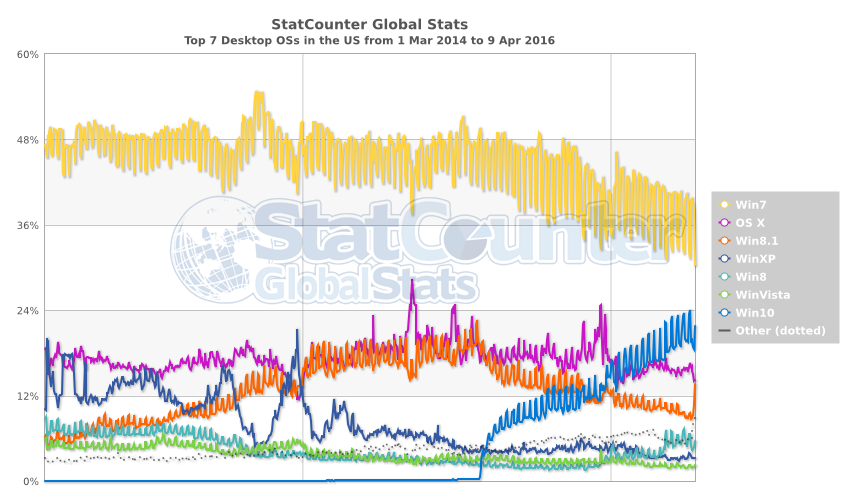 If you compare the whole of Europe, Windows 10 users stood at a staggering level of 24%. One more interesting progression that can be seen here is that, both 8.1 and 7 users decreased after the release of 10. It can be also seen that the XP users are on the decline, after Microsoft stopped supporting that OS. 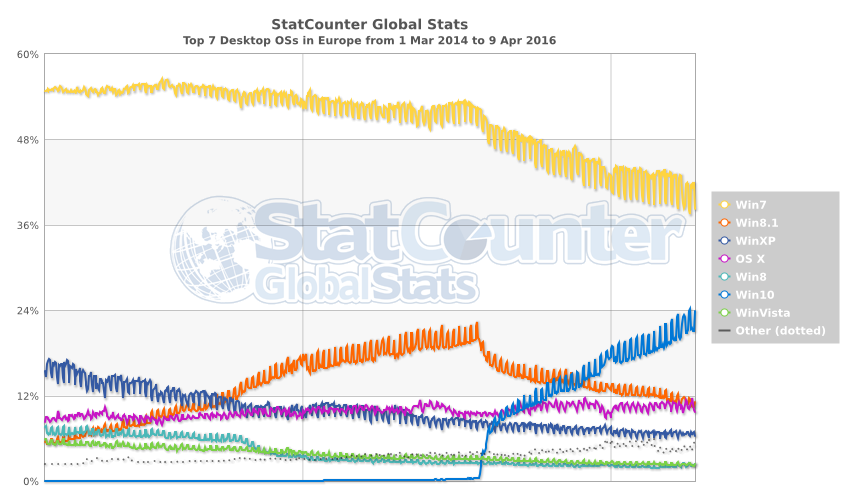 Another interesting trend is observed from the analytical chart of NetMarketShare.com. If you compare the number of Desktop users for 2016, with no specified demographic, it can be seen that Windows 10 has a share of roughly 14%. Only Windows 7 is ahead with 52%.

There is also a new cumulative update for Slow ring users in the form of version 142952.1005. If you can try the Fast ring, you will have a better build in the form of 14328. The interesting news is that this update is also for Mobile users. This is the second time that the build got updated for PC users. In the PC version, the following updates were installed.

Another interesting trend of 2016, is that of Windows 10 Mobile. In the coming preview build, Microsoft has changed the way of how links are handled by the operating system. In the new settings offered for Mobile users, anyone can ‘associate apps with websites’. For example, if you are loading Amazon or BestBuy websites in the browsers, this feature makes it automatic to have the corresponding apps fired up. This feature is already available for iOS and Android users.