Are you a Windows user looking for a comparison between Windows 7 vs Windows 8 ? Have you downloaded the Windows 8 Consumer preview ? Will Windows 7 continue to dominate PC and laptop market ? Are you confused whether to upgrade from Windows 7 to Windows 8? If you’re not able to answer the above questions you’ve come to the right place.

In this article, I’ll try my best to compare Windows 7 and Windows 8 in key areas. 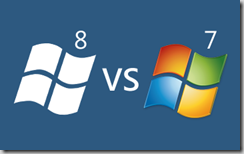 Windows 8 with it’s new metro tile user interface is not only changing the user experience but is challenging the naïve user to adopt to it’s new features.

Till Windows 7, computer users were presented with standard features of Windows which made “old” users not to worry about the learning curve.

But welcome Windows 8! It’s touch intuitive interface is asking users to go ahead of PC’s and laptops and adopt to tablets as well.

Compared to Apple iPhone, iPad etc it’s design is towards an integrated approach with single solution for all devices (PC’s, laptops, smartphones etc). 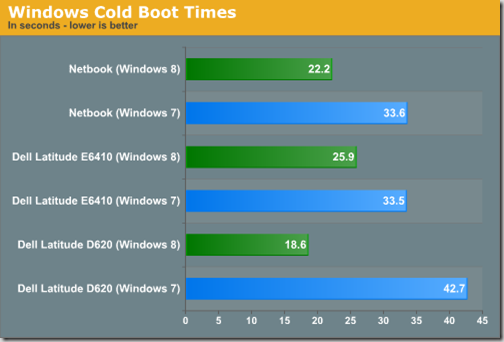 According to Austin Krause of “GroovyPost” he compares Windows 7 vs Windows 8 by presenting the good, bad, unsure features of Windows 8 over Windows 7.

Related :  How SSD can Improve Boot Time in Windows 10 and Windows 7

The only bad about Windows 8 according to the author is 1024 x 768 minimum resolution for metro apps.

The unsure features which cannot be categorized under neither good or bad are Windows Store Integration, New Metro touch interface, Windows Live Login integration and pin password, Windows To Go and “Programs and Files” on a USB stick, Internet Explorer 10.

According to Gary Marshall of “TechRadar” there are some interesting differences between Windows 7 and Windows 8 and OS X Lion. Windows 8 will be available on ARM-powered devices, with the Consumer Preview available for 32-bit and 64-bit Intel and AMD machines only. OS X Lion is completely a 64-bit Intel affair.

Windows 8 is designed to run on everything including smartphones, mobile devices, pcs, laptops to enormous all-in-one pcs. OS X Lion is only available for desktop/laptop OS while Windows 7 is also mostly the same while oddly working on some tablets.

OS X Lion interface is still in a development process where it wants to have a combined experience across it’s OS X and iOS apps.

Windows 7 is a more polished version of Vista and XP and a refinement of the tradition Windows 95.

But coming to Windows 8 the changes are dramatic. The “Start” button is gone, replaced with “hot corners”, there’s a new Metro tile UI that nicely clubs with the Windows Phone and Xbox 360 dashboard.

Coming to touch, Windows 7 touch features were horrible. While OS X Lion and Windows 8 are all about the fingers.

Nice on-screen keyboard, gesture recognition, palm rejection are some of the key features of Windows 8. Windows 7 and Windows 8 both support handwriting recognition while the writing area in Windows 8 has been expanded to make it less awkward.

OS X has had an Apple store since Snow Leopard and in Mountain Lion release, you can even block non-Apple store apps. Windows 8 also gets an app store and Microsoft calls it the “Windows store”.

There are comparisons of Windows 7 and Windows 8 on features like cloud experience, security, performance and stability etc which are for an advanced reader. 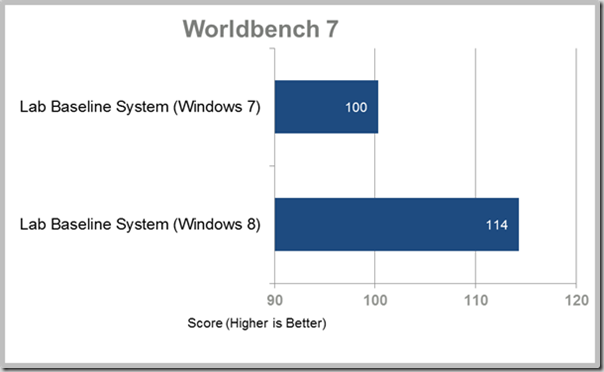 There are some features which are better in Windows 7 than in Windows 8.

We still have to wait for the final release of Windows 8 ( which may be around Oct, 2012) before we can judge it’s improvements over Windows 7.

[Update: 23rd Nov, 2012] A new Windows 8 vs Windows 7 review is provided with more-in-depth details. This latest article is more clear on the differences between both the OS. The question regarding why you should upgrade to Windows 8 is clearly explained.