Have you read my earlier article on Windows 8 Upgrade path and Price comparison ? As for now, Windows 8 comes in 4 different flavors. In this evaluation, we try to compare Windows 8 versions with emphasis on the difference in features, infographics and reviews from other sites.

The list of disparity between the features are given below. 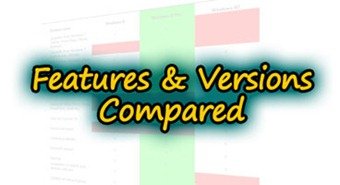 You can see the remaining features supported by different versions of Windows 8 in this infographic. 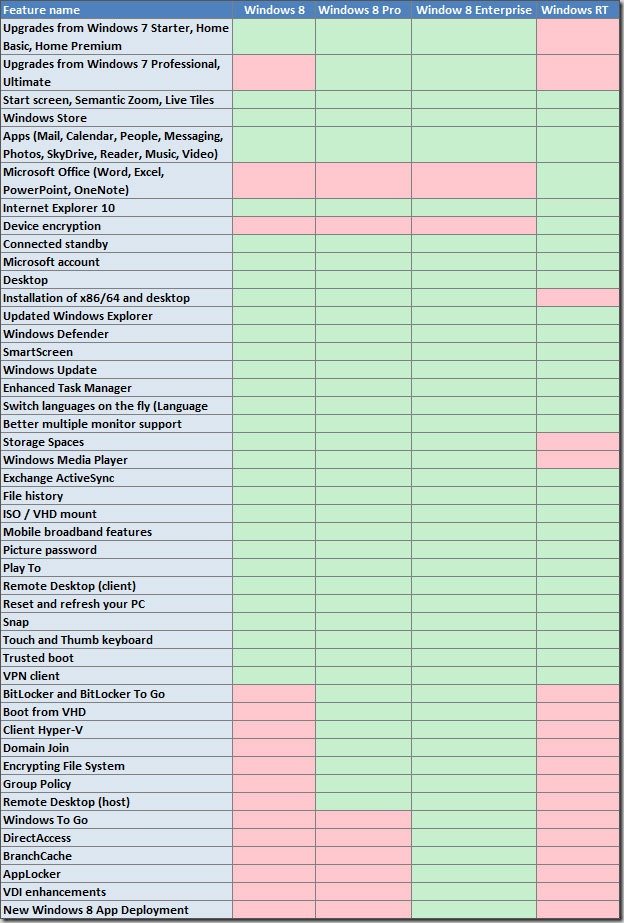 “Windows7themes.net” explains the specifics of each version and what devices they intended for. Let’s see a review from it.

The basic version of Windows 8 is mainly projected for all 32-bit and 64-bit PC’s and laptops and mobile devices that are not running on the ARM architecture. This is the simple and best version for an average user, who likes to surf the web and play a game.

Related :  OneDrive vs Google Drive vs IDrive - Comparison of features in 2019

The Pro version is for the tech enthusiasts. The advanced features like encryption, virtual machines and Group Policy Editor. You can also include Windows Media center which will be an add-on.

Do you know that there is a 5th Windows 8 version? Ah, not really! It’s the Local Language version basically. In developing countries like India and China, Microsoft will release a low-budget version of different Windows 8 editions.

Windows 8 Enterprise is primarily for companies and enterprises. If you already have Windows 7 Enterprise, then this version considered as a viable option if you are keen on upgrading your IT infrastructure, .

Well, finally about RT ! This is really for the 2013 user. If you are a mobile freak having an ARM CPU you need Windows 8 RT. This version adds Microsoft new Office with touch. This is basically for tablets and smartphones running on ARM CPU and not for desktops.

This ends the comparison of different Windows 8 editions. Hope, you got an idea of which version to buy for your computer usage. You may soon running to buy from a seller, on the Windows 8 release date. Please let me know of any problems or variations you faced in the different Windows 8 versions.