How to Choose the Best Wireless Router for Home for Windows 8.1 or 8 or 7?


A wireless router for Windows in 2015 has many functions. It is a simple device that does the functionality of both router and wireless access point. A router is a device that connects multiple devices to the same internet connection, in simplicity, though it can perform various other networking tasks. You can even connect your printer, scanner and other hardware wirelessly using wireless routers. But is it compatible with Windows 8.1, 8 and 7?

To choose the right device, you need to study their specifications. For example, my ISP (Tikona in India) has asked me to check whether it is RJ-45 compatible. We also hear news of new standards like 802.11n and specifications with speeds like 300 Mbps, 150Mbps and more.

We need to even check whether our wireless network is secured properly. You need to check whether these wireless routers support a strong wireless security protocol like WPA2/WPA and other features which can enhance the local usage.

A sample Wireless Router for Home in 2015. Since it has 3 antennas, it can give speeds of more than 450Mbps, also there will more signal around your home. Generally in India, the 300Mbps based wireless router with 2 antennas is sufficient with ISP speeds of 2 to 10 Mbps.

What To Look for when Buying a Wireless Router for PC?

The following conditions have to be checked before you decide to buy a wireless router.

A typical usage of wireless router for home in 2015. To choose the best one, you have to check whether it provides all these functionalities.

First of all, you have to decide whether your home network is sufficiently large or not? Are your other devices (tablets, mobile devices, printers, laptops) located remotely like 20 feet or 5m from your access point? Are there many users connected to the network? If the range is only for 1 or 2 rooms and for user access of 2 to 3 users, you don’t need a wireless router. You can better use a virtual one.

Related :  Top 5 Best Router for Home Use in India

Do you need the Dual Band?

The second step is whether you need a single band or dual band router? A single band is one in which wireless routers transmit data in the range of 2.4GHz and dual band in the range of 5GHz. Don’t get excited by the numbers. It all depends on the requirement. If you have other devices like microwave ovens and cordless phones in the 2.4GHz band, you can go for 5GHz band. But the latter signals do not travel long enough, so you need to stay close to the wireless router. 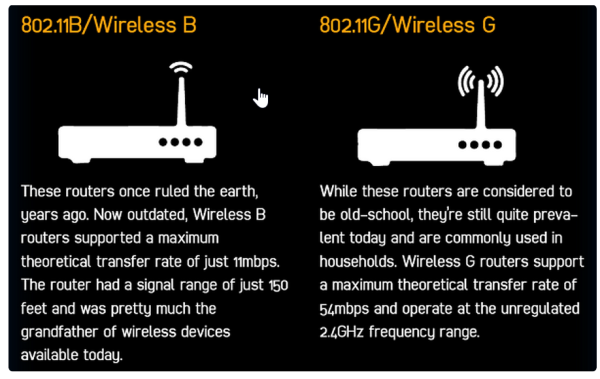 Does it support your ISP’s Speed?

The third parameter you need to check the numbers on the router package, which indicates the router’s maximum speed. Generally 150Mbps router means that when we have a “clean room” without any interference, the router can achieve that speed. So more the value like 300Mbps, 900Mbps etc, it is better equipped to more devices and internet signal will be faster. Generally in India, we will be using the 2Mbps or 5Mbps internet connections by common users which is distributed well by 150Mbps or 300Mbps wireless routers. 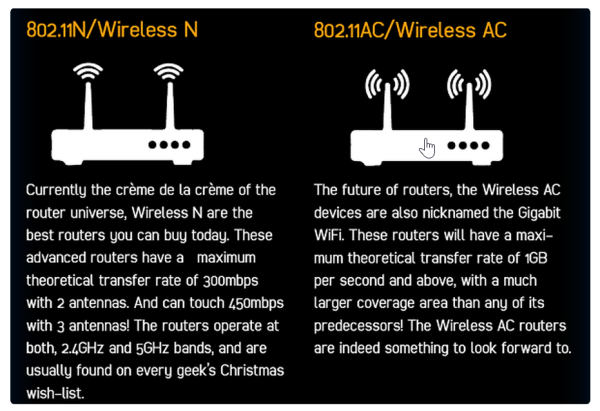 Is it the de-facto Standard in the Industry?

The fourth thing to see is the standard which links to the band frequency. If your wireless router uses the standard of 802.11 b/g, it means it works only for 2.4GHz band. But 802.11n, which is becoming the de-facto standard for many wi-fi routers can use both the 2.4GHz and 5GHz band. The new 802.11ac standard means that it only uses the 5GHz range.

Related :  Best SSD of 2018 - For Gaming, Price, Brand and Performance

This YouTube video is a talk by “Ranjit” from Tech2buzz.com about the necessary requirements and features, that one has to see in a wireless router before buying them online. Though this is a little old video around 2011, it still continues to benefit the layman user, who are new to wireless routers.

Will it make the Network Secure?

Most of the new routers will support the highest level of security i.e WPA2. There are other types of security like WEP and WPA, which are slowly becoming outdated. WPA2 is more secure than WPA and is designed to use with an 802.1X authentication server. Using this protocol you can distribute different password keys to each user and also can be used in a pre-shared mode like PSK mode, where every user is given the same passphrase.

What does your ISP Suggest?

The kind of ISP also determines on the type of router you need. For example there are different kinds of routers like Telephone Line Router, Ethernet Line Router, USB Routers, Sim Router based upon the ISP needs. For example if you are using a BSNL or MTNL line, you may need a ADSL router or Telephone line router. But more advanced ISPs, these days, like Airtel Fibernet, You Act etc use the Ethernet Line Router. Most of the Data Cards like Tata Photon, Reliance NetConnect, Idea Netsetter etc use the USB routers. While some of 3G/4G sim card providers use the Sim Routers.

What Connector Type it Supports?

Just like my ISP (Tikona) has envisaged on the RJ45 connector type, there are other types of connectors like the RJ11. Generally, if the slots provided by router allow you to fit your landline phone connector, then it’s a RJ11. That means, more of the BSNL and MTNL kind of guys use these type of connectors. So for these type of ISPs, you need to check whether “ADSL” keyword is present in the router specifications. If your router has Ethernet slots enabled, generally its’ the RJ45 connector type. It should fit into your computer’s lan port. But you still have the WAN slots which some of the ISPs may use.

Related :  The Best Screen Recorders for Windows 10 and 7 - How to do it

If you go legacy wireless routers, they may not support the new OS. If you are thinking to buy a new wireless router for home in 2015, it’s best to look at the options of OS also. With Windows 8.1 release almost 2 years ago, some of the companies still support only Windows 8 and 7.  Sometimes, the CD or DVD provided with the Wi-Fi router components, may not be able to detect your router. In that case, you need to install drivers, if necessary. So having a MEDIA STORAGE DEVICE which has the newest drivers supporting 8.1 or 7, will be handy.

This YouTube video is about unboxing the TP-LINK TL-WR841N 300Mbps Wireless N Router. You will find the contents of the package and also some important details like range of the router, price and specifications.

Does it Handle the Dis-connection Issue?

I recently read on a Wi-Fi router review page on Amazon, that some routers are causing internet disconnection issues. So it’s better to check for reviews on online retail portals for the efficacy of the said features of these wireless routers for home. Sometimes it can happen that the ISP may have these issues, but to be doubly sure, check if the Wireless router has any problems with the current Windows OS or any software that is installed on the system. You need to better check for compatibility issues with anti-virus and firewalls etc.

If you are looking for other considerations, you may need to check whether your wi-fi router supports the IPv6 protocol. This is necessary in the future when your ISP decides to shift from IPv4 to IPv6. This will help keep your network intact, when the current provider, in-case shifts from one version to another. Some routers also provide additional features like SD card slots and USB ports for printer sharing, external HDD sharing etc.

I hope the above keypoints, have given you an idea on what to look in a wireless router for windows, before buying any product from online dealers. Now let’s look at some of the wi-fi routers available in the market, which are marked good enough by reviewers on Amazon.in.