Home / Software / Windows 8.1 Phone with Cortana – What are the Features?

Windows 10 phone with Cortana is expected to release globally by summer 2015. Microsoft Cortana is an intelligent personal assistant developed especially for Windows Phones. Currently this is working for Windows 8.1 phone devices. Cortana is powered by Bing. First you need to train the voice assistant and then get the information required. For example, if you want to know the weather, you can just say, “Hey Cortana, What’s the weather like?” in voice. The answer will be that of like a weatherman.

What about Windows 8.1 and Cortana?

Windows 8.1 had a new release called Update 1 in 2014. It contains a welcome mix of quality of enthusiasm and feature upgrades. Microsoft is bringing Cortana in beta to China and the United Kingdom, and in alpha to Canada, India and Australia.

This YouTube video talks about Cortana features on Windows Phone

Cortana in China, will support Mandarin and simplified characters. Cortana contains lot of features for Windows phones. It contains things like information on temperature change and air quality; a less formal personality; warnings on driving restrictions; data related to the location of celebrities. 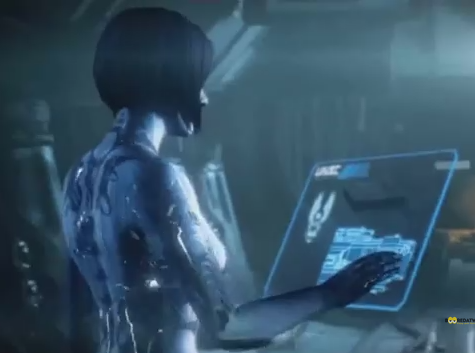 With Cortana and Windows 8.1 phone, you can have other features like able to set reminders, recognize natural voice with the user having to input a predefined series of commands, and answer questions using information from Bing. These include common things like current weather and traffic conditions, sports scores and biographies. 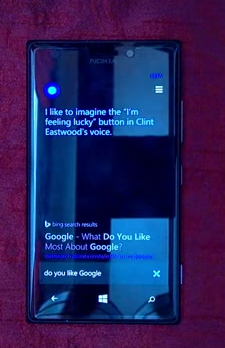 The universal Bing SmartSearch features of Windows 8.1 are incorporated into Cortana. This replaces the previous Bing Search app which is activated when a user presses the “Search” button on their mobile. Cortana also includes a music recognition service. Cortana can also roll dice and flip a coin. Cortana also integrated with the Microsoft Band for Windows Phone devices if connected via Bluetooth.

This YouTube video talks about the intelligent responses from Cortana using Windows Phone 8.1

If Cortana is not available on your phone, you can still try the Speech functionality on your phone. When quiet hours are turned on for your Windows Phone 8.1, Cortana will make sure calls or texts don’t disturb you. But you may want to hear from some priority people even during quiet hours. Adding people to your inner circle tells Cortana which people to allow through and some not.

Related – Windows 10 vs Windows 8.1 – Improvements that make a Difference

Cortana can help your find out which song is playing. This can be done in either of your car or at the bar. Then you can get that song in Xbox Music.

To find out what song is playing with Cortana

Microsoft has confirmed that Windows Phone 8.1 Update 2, called the “GDR2” for select handsets. These include Lumia 735 and Lumia 830. In order to rock with this update, you must have either Lumia 640 or the Lumia 640 XL.

Related :  The Best Screen Recorders for Windows 10 and 7 - How to do it

HTC One M8 which generally comes with Android now also has a Windows version and Cortana friendly Dot view action. This version is identical with common features like Ultrapixel camera, Snapdragon 801 processor, and impressive 1080p display being the same. If there was no Windows branding on the back, it’d like another One M8. You can access Microsoft Cortana from the Dot View case instead of having to wake the phone.

If you love Audible, you can check out the latest Audible for Windows Phone beta application. The early release features a collection of bug fixes and stability improvements, along with new personal recommendations, grouping options and audio samples.

Cortana has several party tricks. One is to understand your speech, using a voice-recognition engine built into Windows. Another is to hook into applications like contacts, calendar, tasks, music and maps, in order to call phone numbers, create appointments and reminders, play songs, and get directions. Cortana is also a user interface for search, and anything Cortana cannot deal with directly performs a Bing search in the cloud.

Ya, I've been writing this blog for over 10 years. I love to write about Microsoft Product Error codes and Tech How-to guides. I learn by reading stuff on forums and social discussion topics. This is about Windows 10, Skype, OneDrive, Outlook, HDMI Solutions, Facebook, LinkedIn tutorials, App reviews.

1 thought on “Windows 8.1 Phone with Cortana – What are the Features?”