The year 2022 witnessed a monumental leap in the number of gamers across the world. This year is expected to see more gamers joining in.

With so many players around the world, your chances of winning could be slim. Out of 3.24 billion gamers playing online, approximately 166 million are adults.

Don’t you think you would need to prepare yourself for the fierce competition to face the challenge?

You cannot deny that winning gives a considerable sense of achievement, whether you are a casual gamer or obsessed with video games.

Here are seven guaranteed ways to become a better gamer than you are today.

Gear Up For A Winning Streak

What happens when your equipment fails you at the climax of the game? It is disappointing, isn’t it?

Poor internet connection, faulty keyboards, mouses, and controllers can give your opponent the chance to win.

So, if you plan to defeat your rivals, make sure you are geared up with the most reliable network supplier.

Ensure that your mouse, keyboard, controller, or other gaming kit does not let you down when you are on the verge of winning the game.

Sometimes, you play to kill time. Other times, you can kill to play. If you are serious about conquering the game, you need to keep your focus on it.

Concentration is your key to success.

Before you sit down to play, ensure that you have no distracting thoughts or unfulfilled responsibilities.

If you are not expecting an important call, turn down the volume of your phone.

It will be a good idea to eliminate hurdles that can cause disturbance in the game before you begin. Designating a specific time for playing and working can let you be the champion.

The rulesets are a crucial element of video gaming.

Jumping into a game without reading the rules can do you more harm than good. Before every game, you would need to study the rulebook thoroughly to understand the game’s strategy.

You would put yourself in a critical situation and stand to lose if you do not know the game well. Since rules govern the game, your in-depth information can put you in a commanding position and lead you to victory.

Find Stability In A Particular Game

Game enthusiasts are always asking for more. A single game does not give them complete satisfaction.

Thus, they are switching games more frequently than ever. However, hopping from one game to another is a substantial reason for your defeat.

If you want to stay ahead of the league, you need to have a sense of stability in a particular game before you decide to move on. Otherwise, you might end up being a Jack of all trades and master of none.

Although playing with beginners or losers can claim you as the clear winner, you might not excel in the process.

If you want to improve your gaming skills, you may need to compete with opponents who can give tough competition.

Though you may lose a couple of times initially, playing with seasoned players is an excellent method of improving your abilities.

It is a subtle learning process that teaches you the diverse perspective of the game. Pick up their moves and apply them to your game and watch yourself grow.

Though some pronounce virtual games as worthless, it demands high cognitive skills and concentration.

You cannot participate in video games based on your assumptions. A wrong decision can land you in the puddle, whereas the right can crown you as the winner.

You would need to analyze and evaluate the repercussions of your decisions carefully. Thus, your win is heavily dependent on your decision-making abilities. Also Read | Top 6 Cloud Backup Solutions in 2021 – Features

The video games genre can outperform if they trust their instincts and have the caliber to make instant decisions.

Every player has their style of progressing in the game. If your counterparts are often repeated, it could be possible that they have studied your strategy.

Playing against similar opponents can allow them to predict your next move.

Thus, it would be a good idea to keep your enemies guessing about your action plan. Being unpredictable can confuse your allies and give you a winning streak.

If playing a virtual game is all about winning, keeping the above pointer in mind will guarantee that you have become a better gamer. 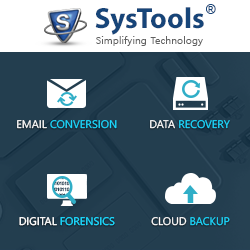 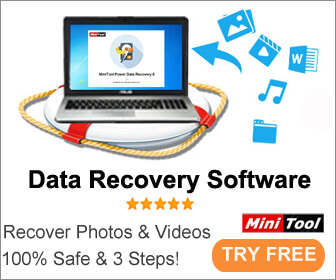