So the wait is over! So how do you conclude to go for it or lay stable with Windows 7 or Vista. The only answer is to read Windows 8 reviews from all around the geeky world. 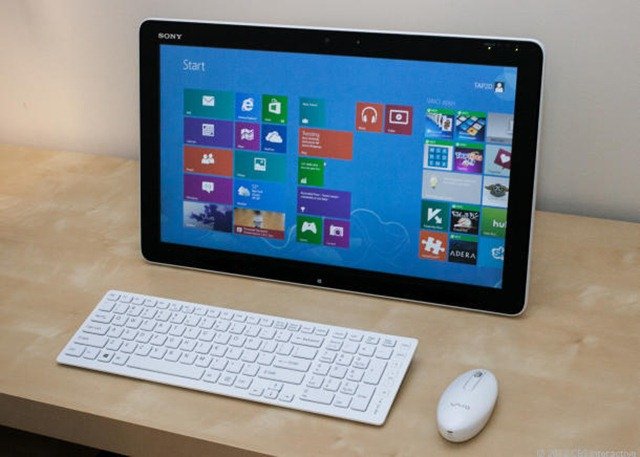 According to “The Verge”, Windows 8 is a gamble on touch based future by Microsoft. It reasons why Microsoft had to go for it and alienate from its traditional desktop style and compete with Android and iOS. See it in “The Verge’s” own words.

Windows 8 is a rebirth, a “reimagining” of Windows and the entire Microsoft brand. It’s also the single riskiest project that Microsoft has ever embarked upon — a bet from Redmond that users can adapt to a new way of computing. With mobile alternatives from Google and Apple eating into sales of traditional PCs, Microsoft needed to act quickly to protect its Windows revenue. A short testing phase of under a year from Developer Preview to a finished product in stores shows that Microsoft is serious this time around. The result? An entirely new Windows user interface designed for touch and a new generation of Windows apps. This isn’t the Windows you’re familiar with, but is that a good thing?

According to “TechRadar”, the changes between the Release Preview and RTM are not that much different. The real difference between Windows 8 and its predecessors is that Windows 8 is more polished, smooth and finished. The final version which will available in store outlets from Friday onwards, has even better performance than in the previews. (i.e the Release Preview, Developer Preview and the Consumer Preview). TechRadar recommends to read this if you’re new to Windows 8.

Windows 8 represents a fundamental shift in the way Windows works and is far more touchscreen-orientated for use on tablets as well as traditional PCs. If you’re completely new to Windows 8 and haven’t used a preview version, we’d recommend you check out our guide to the new features you’ll find in Windows 8 vs Windows 7 and Windows 8: what you’ll need to relearn.

According to “PCWorld”, Windows 8 is a paradigm shift from operating systems in the sense that people don’t really use OS’s but use applications. The shift from offline usage to cloud-driven apps has made Windows 8 more fragile as no single app will run on a single OS. PCWorld asks some questions on the future expectancy life period of Windows 8.

Can Windows 8 meet its goal of being one aspect of a new Microsoft ecosystem while maintaining its roots in the PC? Can existing computers run Windows 8 without the need for expensive new touch displays? Will the revamped Windows 8 user interface turn off existing Windows users or pull them into the ecosystem?.

Before we end the review, let’s see some pros and cons of Windows 8 which will give you reason to buy it, upgrade it or just be content with your old OS.

Related :  How to Update NVIDIA High Definition Audio Drivers for Windows 10 or 8.1 or 7

If you are not satisfied with this verbal, you can also have a Windows 8 visual reviews. These are some of the collections of Windows 8 review videos which will give you an insight into the new Metro based tablet-oriented OS and will get a overview of Windows 8. In “Product-reviews” review, it gives a summary of the videos.

The Windows 8 review videos – you’ll see a short “What to Expect” in the first video, which is perfect if your time is short and you want to get a quick overview of Windows 8. The second Windows 8 review runs for almost 40-minutes and looks at the basics of the new OS, while the third focuses on the UI and the last video on Windows 8 Internet Explorer