Windows 8 had its shortcomings in its earlier releases – Windows 8 Consumer preview and Developer preview. But with the release of Windows 8 Release preview and the release date of the next version i.e  RTM version of Windows 8 getting closer, the number of bugs, as reported by the beta and alpha testers, are slowly fading out.

Windows 8 release preview is offering some attractive new bonanza in the form of new apps. Flash support which was not available in the Consumer preview is available in the Release preview. The Windows store has been updated with more new apps, just like the Apple and Android store, which was under development in Consumer preview. The extended multi-monitor support and attractive gestured based features in IE10, are eye-blinking concepts of Windows 8.

Read more about Windows 8 in the following articles.

The Windows 8 Release preview has reached the build milestone of Build 8400. The Consumer preview build number was Build 8250.

Microsoft has fixed the OS hanging issue in the release preview version. They have fixed the core and have made some interesting improvements on the visual side as well. Coming to the gadgets section, which I feel, were little resource hogging in Windows 7, haven’t received any update in the Consumer preview and were the same with the copyright year being 2009. This was updated in the release version and the copyright year was changed to 2012.

There were some interesting apps added to the release preview which included its native apps like Bing Travel, Bing News and Bing Sports. There is a new drop down app bar that offers app related options to both the old and new apps. Travel research and flight/hotel booking are very much easy with Bing Travel.  In order to know any more further information in Bing Travel, you need to choose a specific travel destination first. The further details include almost everything from fare stats to local weather.

Similarly Bing News and Bing Sp0rts are quite similar. The main window contains the top story of the day and you can select different categories to see the headlines. All these apps can be pinned to the Start Menu.  Similarly Bing’s Finance app shows news and quotes as it was in the good olden days. 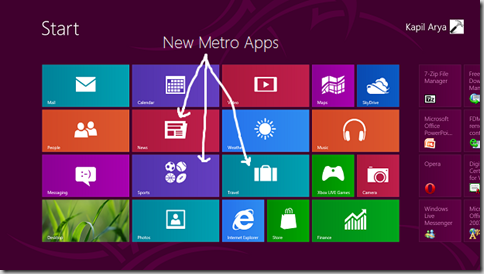 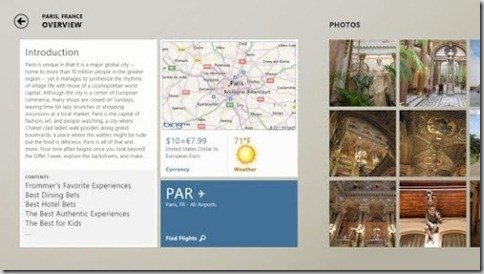 Internet Explorer 10 in Consumer preview had lot of bugs. For example, if we did a “like” on a status in Facebook, an error message was displayed asking to close the browser session and re-open it again. When the problem was taken to Facebook, the answer was that it was a browser issue. When the same issue was tested in Release Preview of IE10 the problem was resolved. IE10 is now more stable and secure.

Read about Internet Browsers in Windows 8

The basic theme of Windows 8 release preview, which is the Aero Lite had the greatest improvements with an updated smooth scroll bar for all windows. Also if you cannot find a way to see the Aero feature in Windows 8, follow the below instructions.

1. Access Desktop, and pick Personalize from the right-click context menu.

4. Drag the slider for Color intensity to left minimum limit.

The above steps will enable Aero in Windows 8 and in case if Microsoft has dropped Aero in further builds, now you know how to get it back. Also, if you are planning to buy a PC or laptop and waiting for the release of Windows 8, don’t worry! Now you can get a 15 dollars upgrade from Windows 7 to Windows 8 very easily, even if you buy your computer system or tablet now.